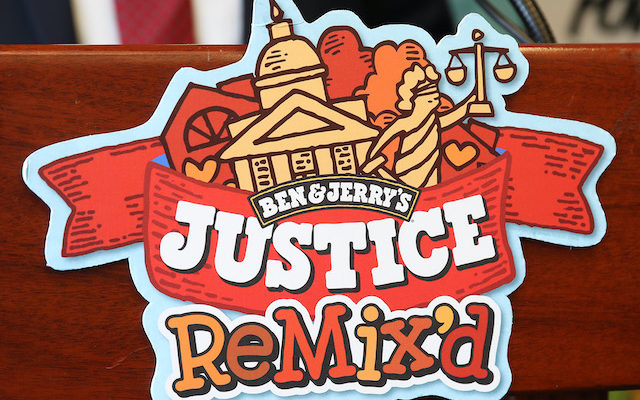 In a statement posted earlier this week to their website, Ben and Jerry’s Ice Cream has made their official stance on the protests that are happening in America directly related to the killing of George Floyd and so many others at the hands of police as well as address the racial inequality in the United States.

The statement reads in part, “All of us at Ben & Jerry’s are outraged about the murder of another Black person by Minneapolis police officers last week and the continued violent response by police against protestors. We have to speak out. We have to stand together with the victims of murder, marginalization, and repression because of their skin color, and with those who seek justice through protests across our country. We have to say his name: George Floyd.”

Ben and Jerry’s has publicly stated their support for ‘Black Lives Matter’ and they hope that this statement makes their support even more clear and line up items that they see as steps that all American’s need to take to create change. The first step and second steps are the ones that require the help of the American people.

The statement reads, “First, we call upon President Trump, elected officials, and political parties to commit our nation to a formal process of healing and reconciliation. Instead of calling for the use of aggressive tactics on protestors, the President must take the first step by disavowing white supremacists and nationalist groups that overtly support him, and by not using his Twitter feed to promote and normalize their ideas and agendas. The world is watching America’s response.”

“Second, we call upon the Congress to pass H.R. 40, legislation that would create a commission to study the effects of slavery and discrimination from 1619 to the present and recommend appropriate remedies. We cannot move forward together as a nation until we begin to grapple with the sins of our past. Slavery, Jim Crow, and segregation were systems of legalized and monetized white supremacy for which generations of Black and Brown people paid an immeasurable price. That cost must be acknowledged and the privilege that accrued to some at the expense of others must be reckoned with and redressed.”

Their full statement can be read here.