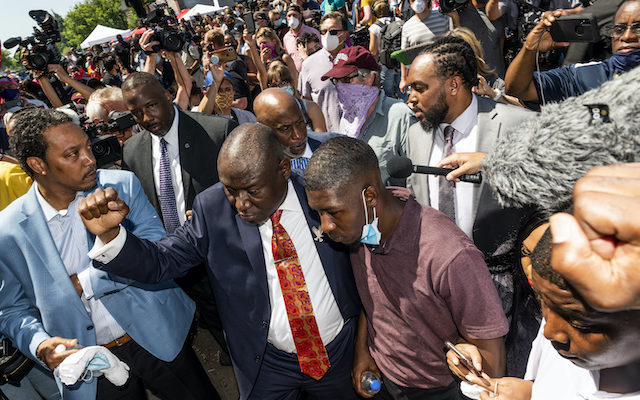 This morning, Minnesota Attorney General Kieth Ellison made the official announcement of the charges expected to come this afternoon. More than a week after George Floyd was killed while in police custody in Minneapolis. His killing has sparked nationwide protests that are calling for the end to police violence against black citizens.

FAMILY’S REACTION: This is a bittersweet moment. We are deeply gratified that @AGEllison took decisive action, arresting & charging ALL the officers involved in #GeorgeFloyd‘s death & upgrading the charge against Derek Chauvin to felony second-degree murder. #JusticeForGeorge pic.twitter.com/jTfXFHpsYl