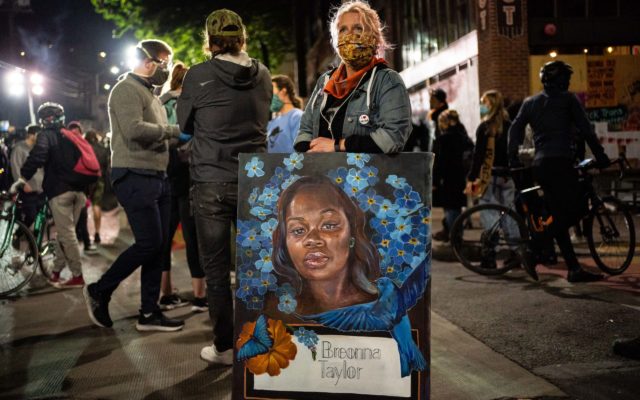 Bowing to pressure from the community, police in Louisville, Kentucky have finally released the report that chronicles the night Breonna Taylor was killed by officers in a raid of her home. And it’s practically blank, with the little information it provides being mostly untrue.

The four-page report includes basic information, such as Taylor’s name and the date, but it redacts other already-known facts like her address and date of birth. It lists her injuries as “none,” in spite of her having been shot eight times before dying on a hallway floor. Plus, under “forced entry,” the “no” box is checked — even though officers used a battering ram to enter her apartment. And finally, only two words are written in the “narrative” section of the report: “PIU Investigation.”

The non-report has sparked outrage in Louisville, prompting a number of community leaders to demand the truth about Taylor’s March 13th death. Among them is Richard A. Green, the editor of the Courier Journal. “I read this report and have to ask the mayor, the police chief and the city’s lawyers: Are you kidding?” he says. “This is what you consider being transparent to taxpayers and the public?”