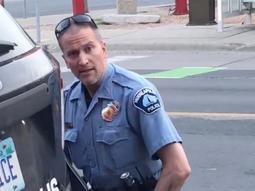 A former Minneapolis club owner is speaking out about Derek Chauvin. She knows him because amazingly he worked with George Floyd doing security at her nightclub.

She said Chauvin was “noticeably anxious” when the clientele was majority Black. Chavuin was known to be aggressive towards minority cliental and was known to have used pepper spray on club goers.

With this revelation of the two men having worked at the same club some wonder if the issue was something more personal.